Like most churches the Suncoast is in constant need for new children's ministry volunteers. Over the past few months we have lost several people from our children's environments. So, recently we shot some film and made a promo video for our Coastal Kids Ministry. We played it for two weeks during the offering and for three weeks in our 4B4 pre-service video. We have signed up about 6 or 7 new people since. Not a very complex video (actually we shot the video before the service in a huge rush so it does not even show all the kids or the cool room decor) and we didn't spend much time begging when we showed it. But, we liked the results. Take a look:


Untitled from Brian Moon on Vimeo.
Posted by Brian A. Moon No comments:
Email ThisBlogThis!Share to TwitterShare to FacebookShare to Pinterest
Labels: Creative Stuff, Leadership, Rethinking Church, Tools for Planters

Take a look at our green screen fun with the new message intro:

Posted by Brian A. Moon No comments:
Email ThisBlogThis!Share to TwitterShare to FacebookShare to Pinterest
Labels: Creative Stuff

Ugh! One of Those Sundays

This past Sunday at Church of the Suncoast was painful for me. It was one of those Sundays when nothing goes right... here is the run down. Maybe this will make you feel better if you are a church planter or leader still doing portable church :-)

First our worship guy was out of town. Not a big deal band wise, but he does so much more than just sing and play. He all but does the entire stage set up for us. So we had to jump in and cover that. No big deal.

We also were down a guy for set up so it took us the entire time to get things done. Never fun when you have to rush and never have a moment to take a breath before the peeps show up.

Our monitors were not working up until the middle of band practice. So the band was struggling to hear themselves since we never got to mix them right.

Our left projector decided to stop working and it was not the bulb so we just had to do without it. That is the first time that has happened in two years, but WOW did it make me mad. I just told everyone to cover their left eye the whole service...

Our sound guy was out so we had to get someone new up to speed with our stuff. There just is not enough time to do that in 45 minutes you know. He got the mains mixed well, but I'm sure I drove him crazy saying, "A little more drums..."

Our new computer we had built to run both Mac stuff and Windows stuff still did not work, the HDTV's did not like the video card setting. So, we had to use my old laptop which is on borrowed time I think.

We missed a couple cues during the transitions of the service...

AND, about 20 minutes into my message my mic goes out. The new battery just died it turns out. So, it was a fun Sunday.

Here are some go God's though:

With another great crowd we are now averaging 125 in July!!! Who said summers are bad?

We also had about 20 or so people stick around for Lunch with the Pastor which was our largest crowd yet.

Hope your Sunday went better. Hope this makes you feel like, "Hey, everyone must have those weeks..." If you have a "fun" Sunday story I would love to hear it. Leave a comment.
Posted by Brian A. Moon No comments:
Email ThisBlogThis!Share to TwitterShare to FacebookShare to Pinterest
Labels: Our Mistakes, Tools for Planters 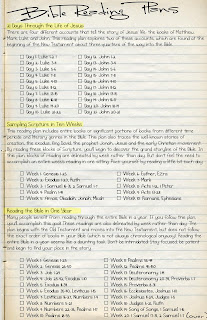 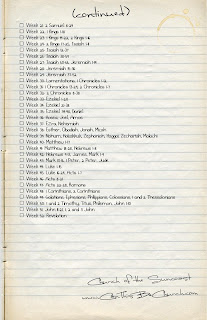 Posted by Brian A. Moon No comments:
Email ThisBlogThis!Share to TwitterShare to FacebookShare to Pinterest
Labels: New at the Suncoast

Lunch With The Pastor Postcard 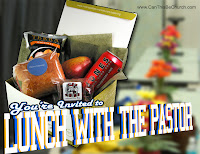 For about a year now we have been doing a deal for "new" people called "Lunch with the Pastor". This week we are sending out invitations to all of the first time guests over the past six weeks for the first time. Here is what they look like. 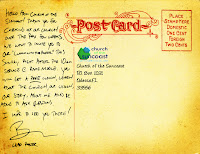 Posted by Brian A. Moon No comments:
Email ThisBlogThis!Share to TwitterShare to FacebookShare to Pinterest
Labels: New at the Suncoast, Tools for Planters


4B4 Pre Service Video from Brian Moon on Vimeo.
Posted by Brian A. Moon No comments:
Email ThisBlogThis!Share to TwitterShare to FacebookShare to Pinterest
Labels: Creative Stuff, New at the Suncoast

Church of the Suncoast

I must have hit the Diet Coke a little too much before this talk... I was a little "Jacked Up"

Here is the card mentioned in the message: 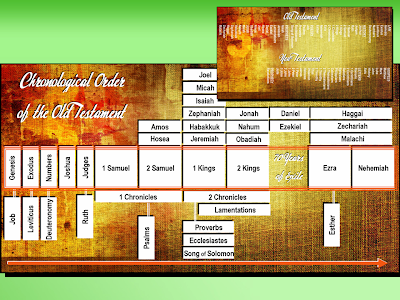 Posted by Brian A. Moon No comments:
Email ThisBlogThis!Share to TwitterShare to FacebookShare to Pinterest
Labels: Preaching 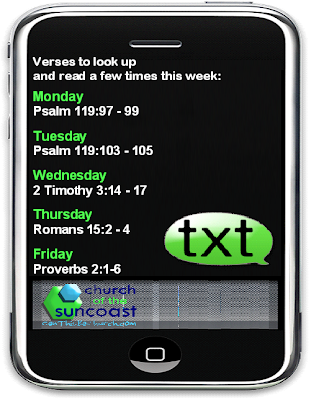 This is the card we gave out Sunday for our new "TXT" series. We encouraged everyone to look these up and read them this week. We also sold Bibles for those who don't have one or have an outdated translation. Read along with us!
Posted by Brian A. Moon No comments:
Email ThisBlogThis!Share to TwitterShare to FacebookShare to Pinterest
Labels: Creative Stuff, New at the Suncoast

This is the 200th post on the Church Insider (and the first in a while). My life has been crazy lately! My computer died and all kinds of other things that got be way behind. Unfortunately, the blog got pushed to the side for a while. But I wanted to just tell everyone about what has been going on at Church of the Suncoast and what I have been learning.

First we have been exploding with growth this summer. Over the past three weeks we have been averaging 127 people on the weekends with a high of 146 on July 4th weekend!!! Go figure, go God! That is a 54% increase over our first summer and a 19% increase over our second summer as a church. We also had a $12,000 offering and we baptized 3 people last Sunday. Here is what I am learning from all that. I don't know anything. I know we have been really improving our services, we put up a controversial billboard, we made some small changes to our assimilation process, but nothing really dramatic. There is no smoking gun for why things have blown up this summer, why God sees us more blessable now...

Second we are doing a new series called "TXT". The question we are asking is "If God sent you a text message would you read it?" From there we have been looking at why people should read God's text message to us the Bible and how they can get into it since many of our people have never explored the Bible on their own.

Another thing that has been weighing on me is the use of rented facilities for the weekend services. Don't get me wrong we have been blessed to meet at the best location in our area and we are grateful, but you are still at the mercy of the schools leadership. For instance a huge portion of our picnic got killed on Wednesday leaving us only a few days to make plan B up. Working with schools can be a great marriage. My friend Hal Mayer at Church at the Bay has amazing use of their middle school and in turn the school gets new lights, gifts for the teachers from time to time, extra CASH for the school... so it can work. I just don't know if it can work in Pasco County. The district gets all the money in Pasco, not the individual schools like in Hillsborough. So there is no benefit for the schools to let us in and no reason to help us out. I would like to get into Northpoint Villiage in some way. It would be nice to have something we could lease for 3 to 5 years and not have to be at the mercy of the school board.

SO... be praying about that.

Thanks for reading my thoughts and I hope I am around for another 200 posts and that people still care enough to read. God's best!
Posted by Brian A. Moon No comments:
Email ThisBlogThis!Share to TwitterShare to FacebookShare to Pinterest
Labels: New at the Suncoast